Irish Seafood Company Collect Medals at ‘Great Taste Awards’ in UK
Organised by the Guild of Fine Food Retailers, the Awards have carved a reputation over the last decade as the single most sought after seal of real quality in speciality food and drink. The Awards judging criteria are tough but scrupulously fair. The initial stages took place over six days in London at the end of July, when every entry, nearly 4,000, in 186 different classes is decanted, where necessary cooked and then blind tasted by our teams of experts. Over 150 judges are involved and it falls to them to decide which foods deliver a high enough standard to be award winners – the highest acknowledgement of craftsmanship and dedication in the making of superb food and drink. 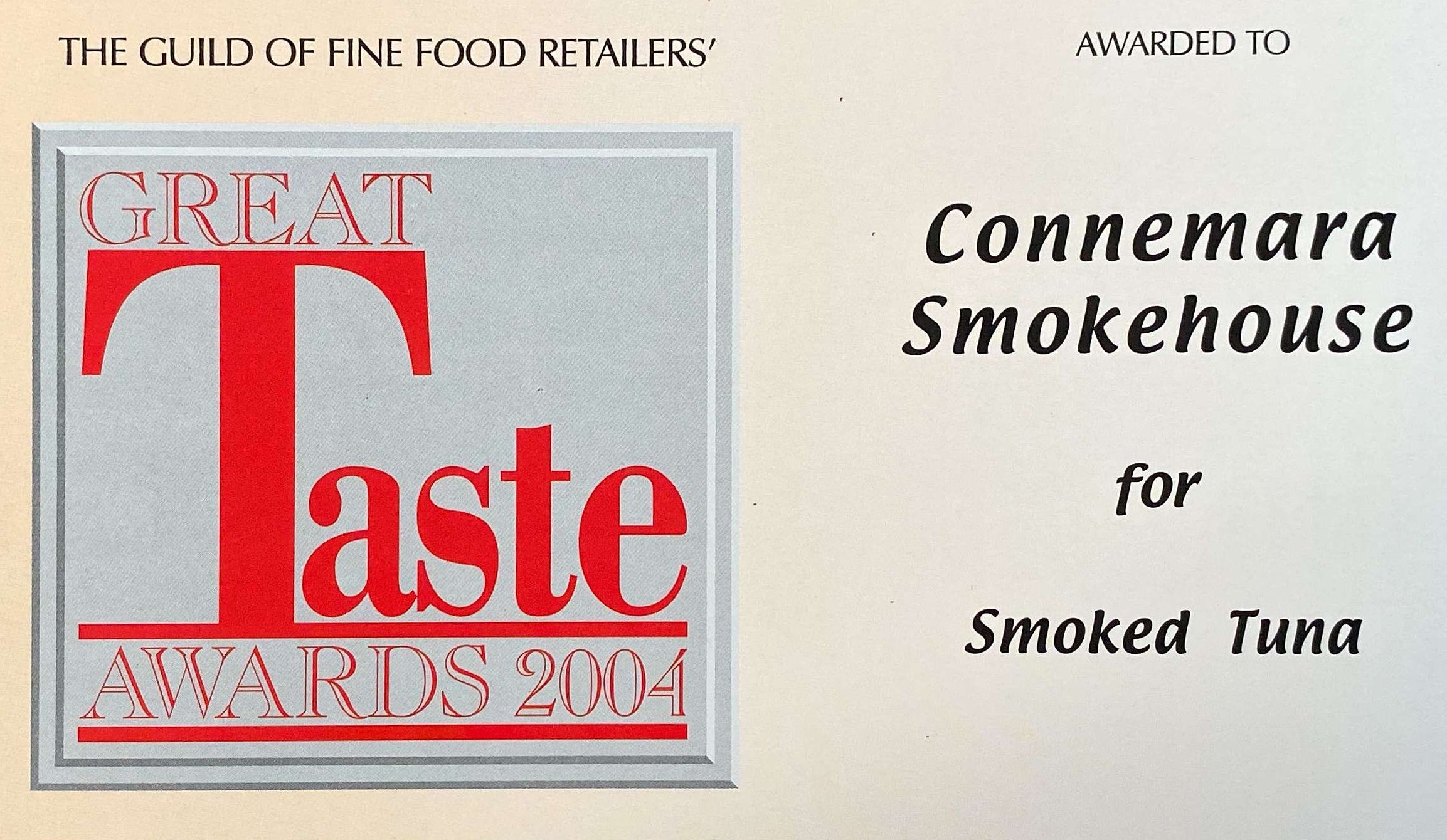 This website uses cookies to improve your experience while you navigate through the website. Out of these cookies, the cookies that are categorized as necessary are stored on your browser as they are essential for the working of basic functionalities of the website. We also use third-party cookies that help us analyze and understand how you use this website. These cookies will be stored in your browser only with your consent. You also have the option to opt-out of these cookies. But opting out of some of these cookies may have an effect on your browsing experience.
Necessary Always Enabled
Necessary cookies are absolutely essential for the website to function properly. This category only includes cookies that ensures basic functionalities and security features of the website. These cookies do not store any personal information.
Non-necessary
Any cookies that may not be particularly necessary for the website to function and is used specifically to collect user personal data via analytics, ads, other embedded contents are termed as non-necessary cookies. It is mandatory to procure user consent prior to running these cookies on your website.
SAVE & ACCEPT
0
0
Your Cart
Your cart is emptyReturn to Shop
Continue Shopping
Go to Top